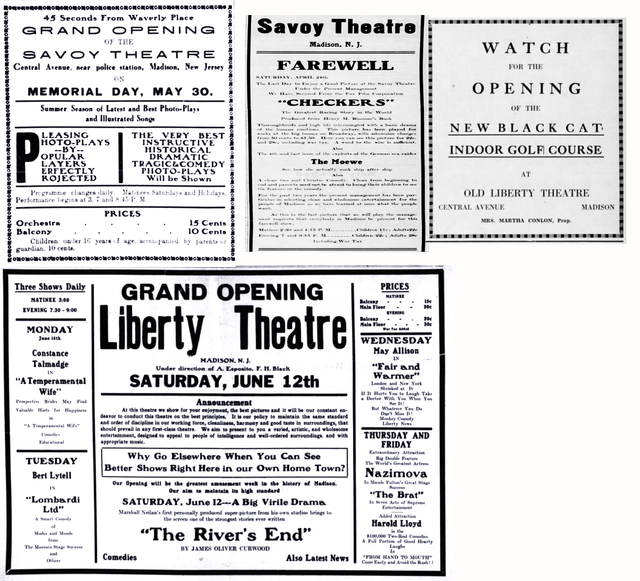 The Savoy Theatre’s grand opening ad on May 30, 1912 as the theatre competed with the Electric Theatre which had opened the previous year. Then the Savoy bids farewell in 1920. New operators relaunch as the Liberty Theatre with grand opening ad June 12, 1920 below. The last showing was on November 15, 1924 with new operators promising a Fall 1925 relaunch which never happened. At top left, the theatre is finally converted to an indoor miniature golf course.