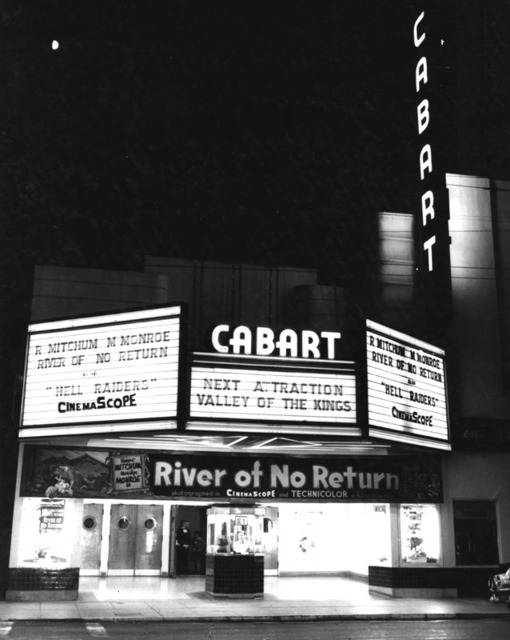 The dates that the double feature shown on the photo played at the Cabart were September 1st through September 7th 1954. “Dial M For Murder” played the following week even though the marquee indicates “Valley of the Kings. The last day of operation for the Cabart was Sunday November 12th, 1961. "Onionhead” with Andy Griffith and “Perfect Furlough” with Tony Curtis was the final double feature at this iconic neighborhood theatre. If William, the person who posted this photo would contact me @ I would like to communicate with you. Anyone who has photos or remembers the great days of the Cabart, feel free to contact me.