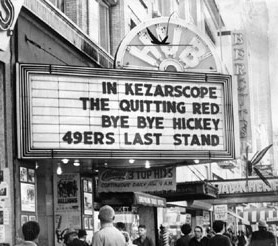 Translation: Kezar Stadium in Golden Gate Park is where the SF 49ers played until they moved to Candlestick Park. (Red) Hickey was the team’s head coach in the early 1960’s. Last game of the season for the 49ers and Hickey.