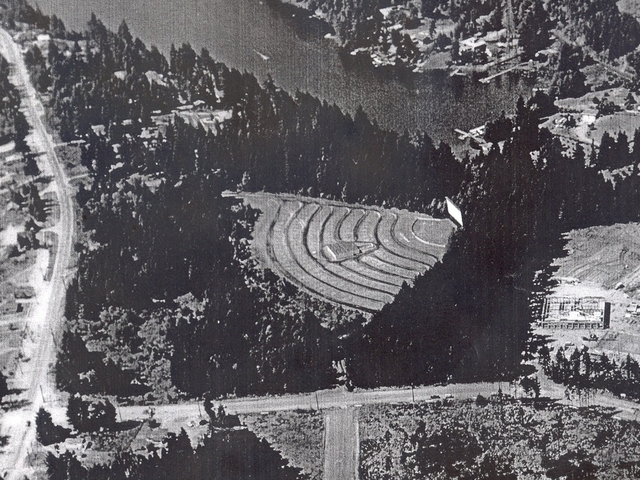 An aerial view of the Starlite Drive-In on the corner of Norwell Drive and Departure Bay Road in the Departure Bay area of Nanaimo, taken circa 1966-67. The southern end of Long Lake is to the north of the drive-in, while construction of the then-new Wellington Secondary School (which took place around the time this photo was taken) is in its early stages on the right of the photo. The drive-in operated only a few more years after the photo was taken, as it closed after the 1973 season and its site was redeveloped for retail, residential and institutional use.