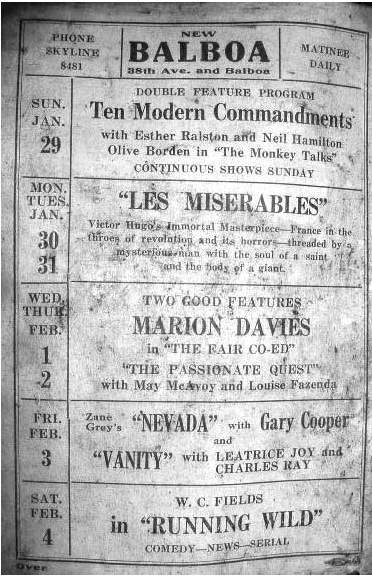 In 2007, while crawling around in the rafters above The Balboa’s ceiling to trace some speaker wiring, I found several old water stained and fire-scorched programs, like this one from 1928. The originals were in very bad shape and almost unreadable. This photo has been slightly digitally enhanced to make it legible. I should point out that these were all SILENT films. The Balboa actually had an organ at that time. Remnants from some of its' wiring are still under the stage and (yes, they actually had a stage too) and up in the former organ equipment loft. Photo by JimC/2007