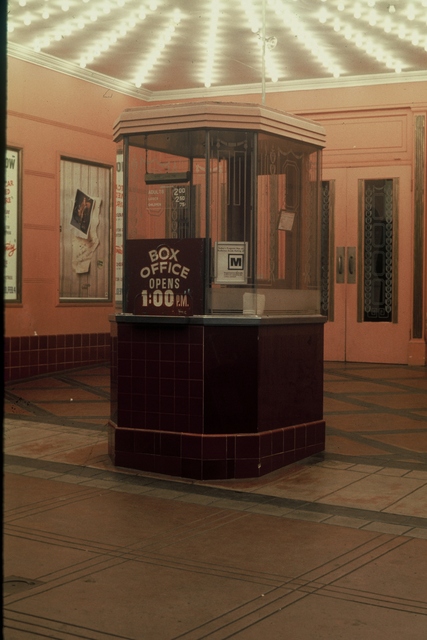 Box office of the Empire, taken not long before the theater’s c. 1970 remodeling. This photo was shot by Steve Levin, son of Empire owner/operator Ben Levin. Steve gave this slide to me as a gift not long before his December, 2008 passing.