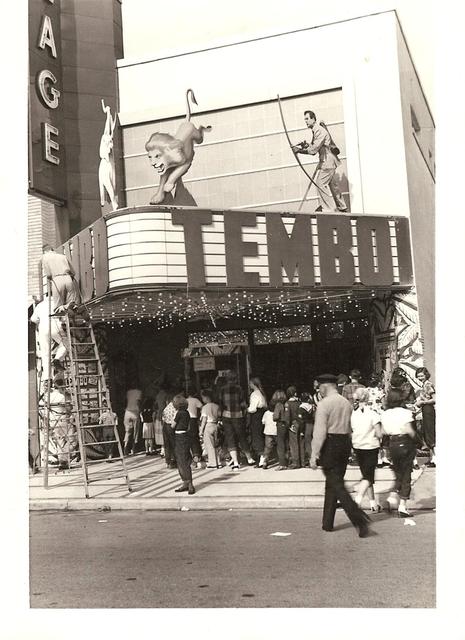 This is an expedition/travelogue, disguised as a documentary with a plot. The ‘plot’ is that this Howard Hill expedition has come to Africa in search of a legendary tribe of “Leopard Men' (a term used in RKO’s 1946 "Tarzan and the Leaopard Woman”, which just happened to be available as a re-release at the time), and the booming voice of narrator Westbrook Van Voorhis would mention ‘The Leopard Men’ from time to time, but they did not find any ‘Leopard Men’, and did not expect to find any ‘Leopard Men’, but they did find tribes of tall natives and a friendly-but-shy tribe of short natives (Pygmies). It allows Mr. Hill to show off his legendary skills as an archer, especially when the jungle denizens menace the members of the expedition, and sometimes even when they didn’t. It is a time capsule in that it shows Africa as it was and wasn’t, and gets into native food-hunts, life-styles, customs and living-habits.

The marquee of the Village was made to come to life, just in time for the Village Fun Club.