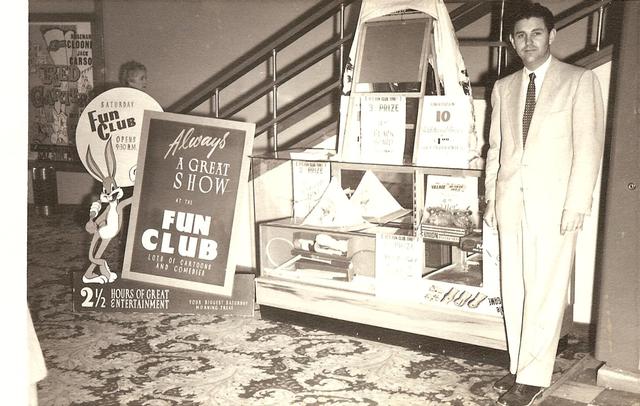 Lots of prizes and a stage show entered the program. Howard Skelton had acts come to perform, including magicians, jugglers, and the Duncan Yo-Yo man.

A musical about a man, Reb Randall, who rides into a frontier town looking for his brother’s killer, but is surprised to find everyone in the town is celebrating his kin’s death and, for that matter, gunplay in general. He eventually discovers the murderer and each man swears to shoot down the other in a gunfight. However, their girlfriends team up to put an end to the bloodshed. Alfred Jingle got the wrong man!