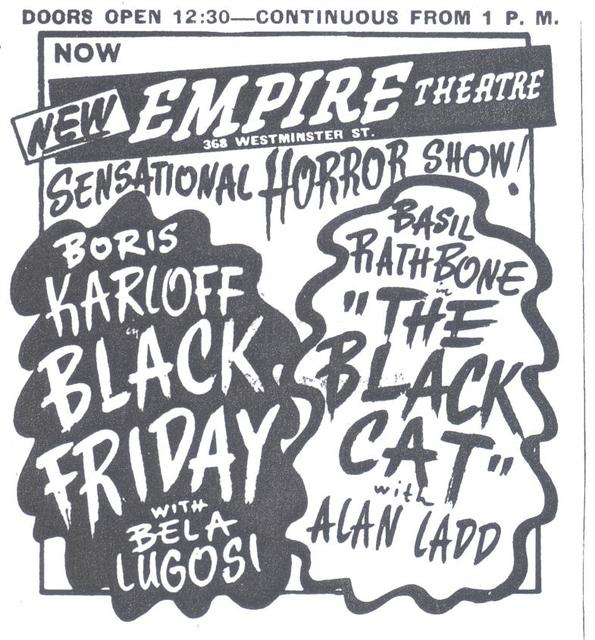 New Empire Theatre, formerly the Bijou, ad for April 4, 1948. The old Empire (Keith’s), down Westminster Street, had just closed and the name and programming was continuing at this place. It would not last much more than a year before it too would close for good.

It had previously, in the 1920s, also been known as the Empire. Empire, Bijou, Westminster and Victory were names given to several Providence theatres over the decades, changing back and forth almost helter-skelter over the decades. Very confusing! Took me a long time to sort them all out.