Screen as seen from the projection booth 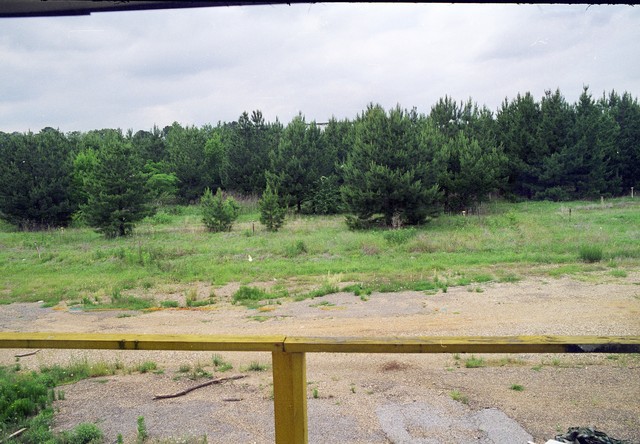 As you can see the lot was way overgrown by 1999. The booth was unlocked and the power was on. Projectors were still in the booth. One was pushed over. The theater had been ravaged by people slashing the indoor screens to steal the speakers.