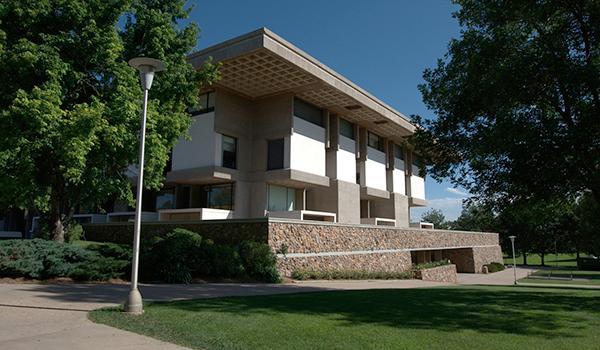 General exterior view of the James A. Michener Library

It’s worth noting that this was the most recent and final location of the university’s 16mm film library which was still in existence and offered for use to faculty, staff, students and even the public until the early 2000’s. I believe the films themselves were stored in the basement/lower level and while the public was not allowed to check out/remove films from the library, there were 1-2 rooms on the top floor with a few chairs, Bell & Howell projector and pull-down screen where one could view any film(s) of their choosing (with a librarian or other staff member operating the projector). This collection was donated to The Academic Film Archive of North America when it was deaccessioned in the early 2000’s.

Photo Courtesy of The University of Northern Colorado