Postcard showing the Kansas Cyclone from 1907 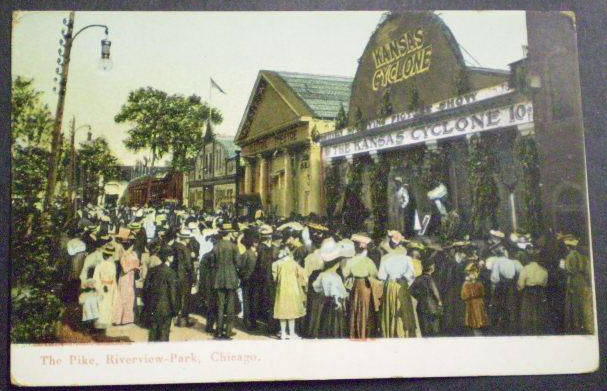 The Kansas Cyclone Picture Show was located on the Pike walkway in Riverview Park. Inside of it people were shown still and movie pictures of various storms. As the films were shown wind from fans, wet mist, and sound effects were added to give the effect of being in a cyclone. A very early attempt at “Sensurround”. The building next to this was the Electric Theatre. Another type theatre.