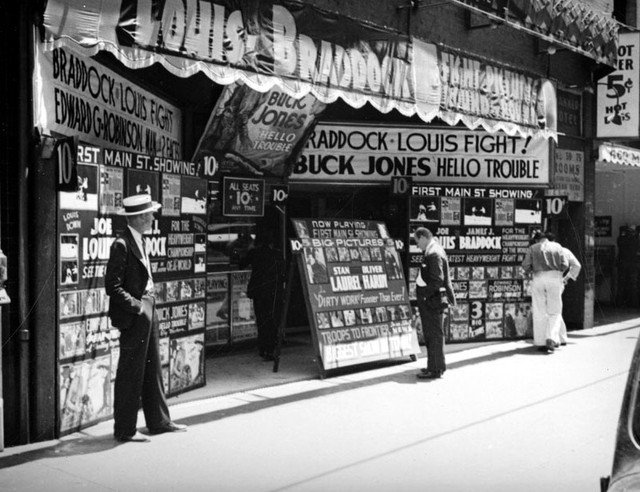 A BANNER AT THE BANNER – Men look at still photographs and lobby cards on display outside the Banner Theatre, located at 458 S. Main Street in Los Angeles.

Overhead is a banner touting a film of the Joe Louis-Jim Braddock world championship fight which took place on June 22, 1937. Braddock knocked the “Brown Bomber” down in the first round, but ultimately was knocked out by Louis in the 8th.