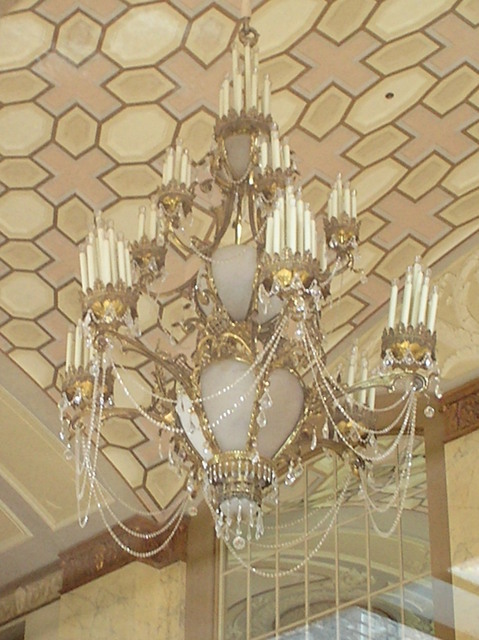 Lobby chandelier. It should be noted that the colors on the ornamental plasterwork of the ceiling are not the original scheme. The interior colors were largely intact–though dirty–at the time of the Paramount/Portland’s conversion to a formal concert hall. They were painted over in a lighter, more neutral palette. 2007 photo.