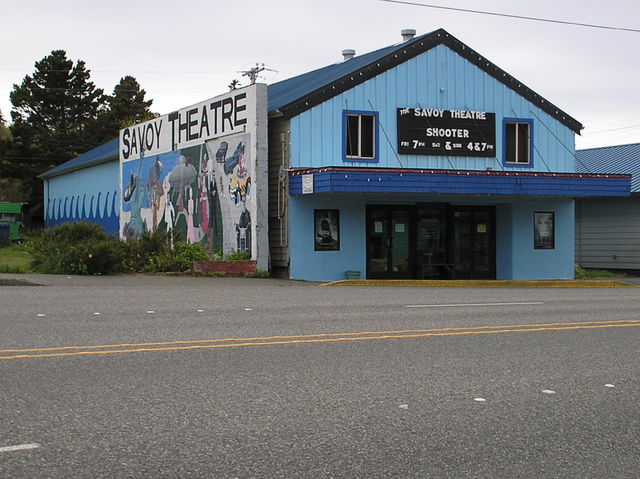 According to the woman who owns the Savoy, the theatre was built in the 1930s and was named the Colonial. She renamed the theatre after a beloved dog, who in turn was named after the Savoy Brown Band. A friend of the owner’s from Canada painted the mural on the wall. The person who owned the theatre before her also ran theatres in Weed (CA), and the California Theatre in Dunsmuir.