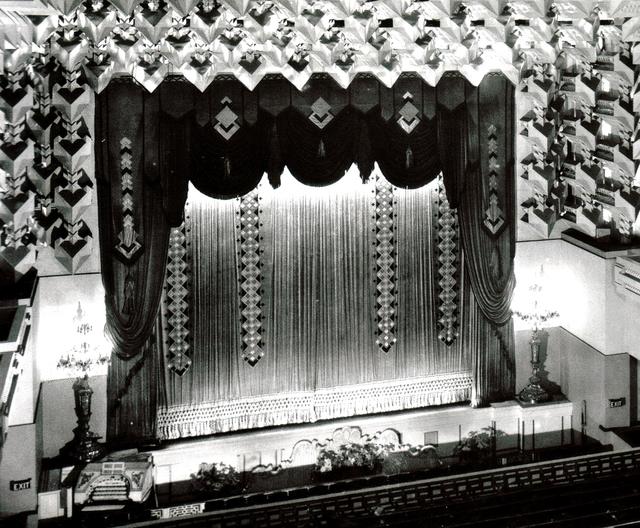 The Capitol Theatre is a classic Art Deco style theatre. The first picture palace to be built in Australia, the theatre was designed by Walter Burley Griffin and opened on 7th November 1924 with Cecil B. De Mille’s “The Ten Commandments”, which ran for 19 weeks, accompanied by an ‘Atmospheric Egyptian Prologue’ live on stage. The cinema was leased to Paramount Pictures Inc. It was equipped with a WurliTzer 3 Manual/15 Ranks organ that was opened by Horace G. Weber. Seating was provided for 2,137 (1,306 in the stalls, 633 in the balcony and 198 in loges and boxes) - Contributed by Greg Lynch -