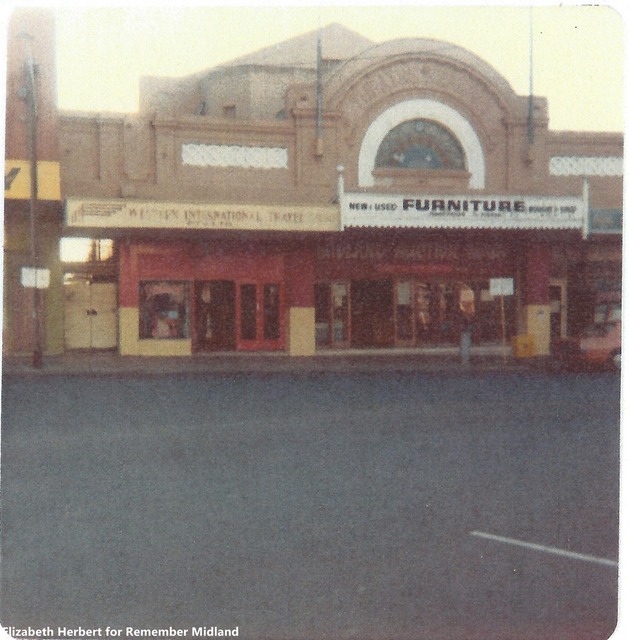 Karen Eldridge posted on line: This was my father in law’s shop and it’s not clear on the photo but under that sign it says ‘Midland Auction Mart’ and under that it says JS & WM Eldridge.

Consolidated Theatres operated the Renown Theatre till it closed on 31 January 1968. A variety of traders including ‘Midland Auction Mart’ used the building until it was demolished in 1997 – Contributed by Greg Lynch – – For the sake of history