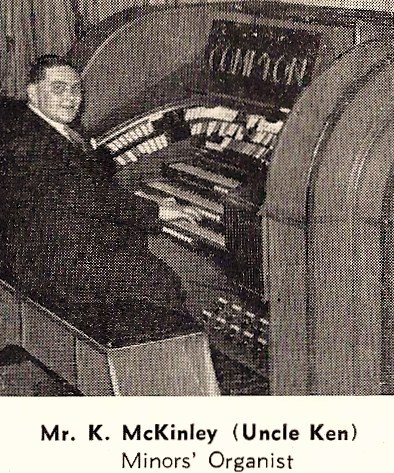 Ah yes… such fabulous memories of being a regular Saturday morning “Minor” at the ABC Broadway, Portswood, Southampton. An entire 4 hour morning, and all for the price of (6d) sixpence. Regretfully no organ at the Broadway but scratchy old recordings of the “Minor’s Song” and “Happy Birthday” (which I still have a 45rpm of). Then, for those of us who had a birthday were invited onto the stage by Uncle Bob (I had at least 6 birthdays a year -ha!) where they ran the spotlight across us. They even put the words on the screen as countless hundreds (of ‘orrible) nippers screamed/sang their little lungs out. As the lights went down and the huge curtains opened, the thunder of pounding feet and bedlam sent clouds of dust up through the film rays. Always a cartoon plus an exciting serial of Cops & Robbers or a Western. And, oh yes, we received a free ticket for the next Saturday. WHAT HAPPY, INNOCENT DAYS… Thank you, dear old Uncle Bob and ABC.

Hmm… I was an ABC Minors Uncle…Based at the ABC Walsall. I did cover for a Managers Holiday and Uncled at Minors Matinee there..