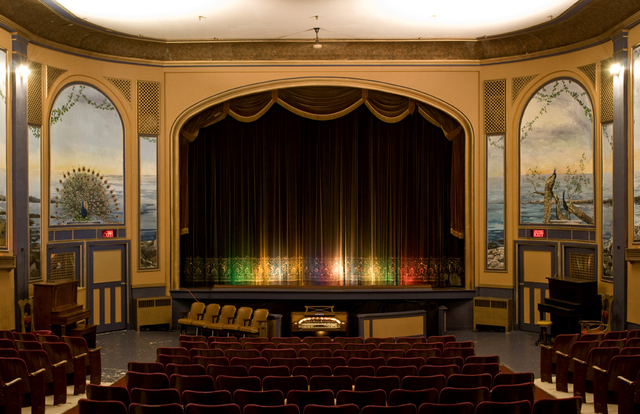 A closer view of the stage and orchestra pit, with a better look at the iconic peacock murals which John Girvan of the Girvan Studios, Vancouver, BC, stated were his personal tribute to his own inspiration: John Eberson, founder of the atmospheric movement. Although the original murals were painted over in the 1950’s to “modernize” the look of the auditorium, sufficient evidence survived of the originals under that paint and through archival photos to accurately re-create the Girvan murals. Muralist Whitney LaFortune led the volunteer artists in the project, which took nearly 4 months of scaffolding work to repair and prep the plaster, then actually paint each panel.