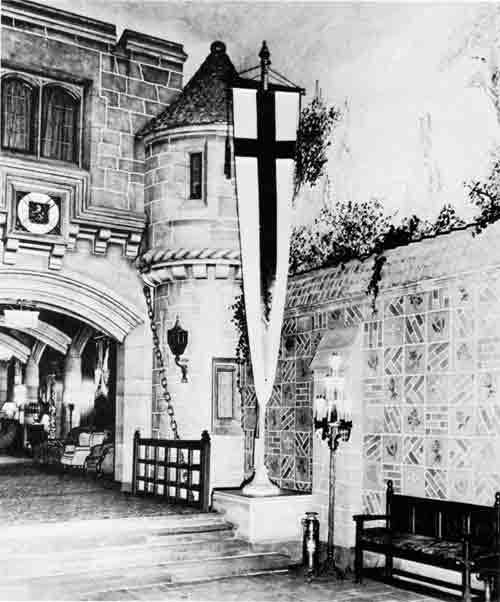 “The Capitol, a fascinating exotic movie theatre whose decoration also broke the Adam-Empire mould, was opened in Halifax in 1929. In a "medieval” atmosphere of turrets, drawbridges, beamed “Tudor” ceilings and heraldic insignia and banners appeared murals of Champlain’s Order of Good Cheer and Wolfe and his loyal forces besieging Louisbourg. The grand foyer of this theatre was rendered “atmospheric,” while the auditorium was unmistakably “hard-topped.”