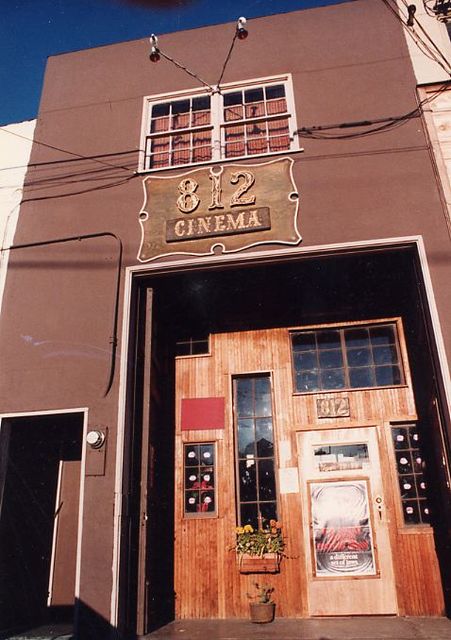 Exterior of 812 Cinema on Cannery Row in Monterey, CA. The 35mm carbon arc projection theater could exhibit dual projection 3D. Was the last theater to exhibit an original interlock 3D print of CREATURE FROM THE BLACK LAGOON and other 3D films of the 1950s. The theater also exhibited four track magnetic stereophonic sound films. From BEN-HUR to Led Zeppelin “THE SONG REMAINS THE SAME”. An iconic theater created by John Harris and Alan Weber in 1969