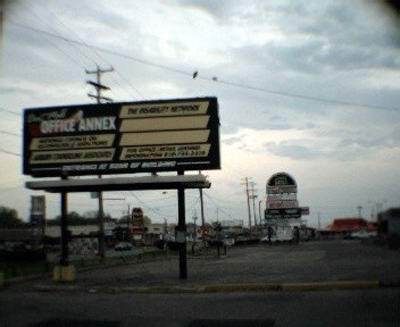 The former pylon sign of the Dort Mall Cinema was originally a flat sign on the front of the main entrance of the mall. When they remodeled the exterior of the mall and renamed it ‘The Small Mall’ (yes, they really did name it that),our sign was taken down, split in half and the 2 halves put up back-to-back on a pole near the street that previously had an A&P sign on it.