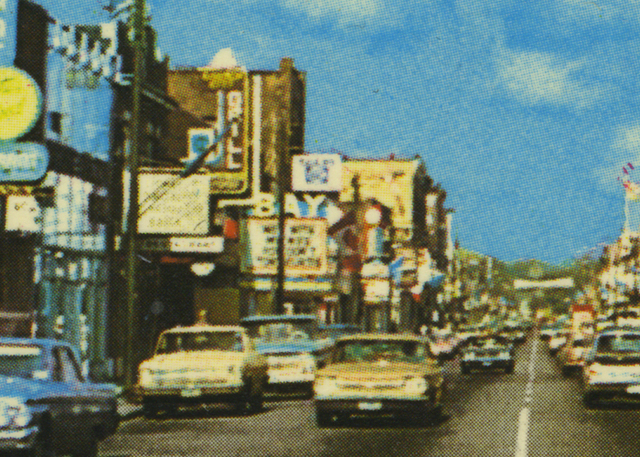 A 1960’s shot looking West on Main street, North Bay. The Bay Theatre was one of 3 downtown theatres up until the late 1980’s when it closed and was converted into a restaurant. There was an outdoor ticket booth (not free standing) to the left of the entrance. You walked into a small lobby area which had a candy counter. There were no doors to the auditorium, just a set of curtains leading into each of the two aisles. The auditorium was long and narrow. The theatre showed a lot of double bills in the late 70’s and early 80’s. I remember seeing Death Race 2000 and Tidal Wave one evening, as my father slept through both movies. (photo credit: Len Leiffer, published by World Wide Sales Agencies, Montreal, Canada)