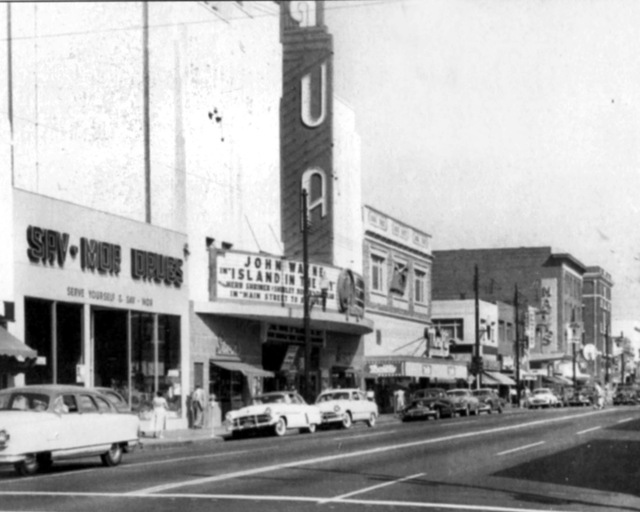 “Island in the Sky” (with John Wayne) and “Main Street to Broadway” is the double bill at the UA (formerly Fox and T&D) in 1953. The Sav Mor Drugs to the left was formerly the site of the Studio, a last run grind house that closed down around 1950. To the right of the UA is a Thrifty Drug store where I used to stop and buy 3 regularly five cent candy bars for a dime before heading into the UA for a Saturday matinee. Ah those were the days in downtown Richmond!