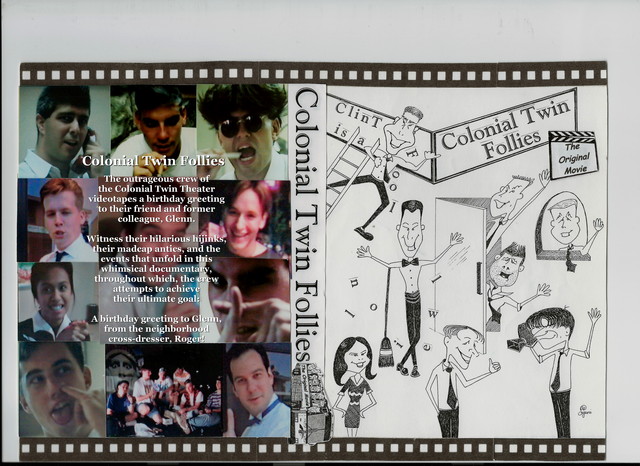 In the summer of 1993, the crew of the Colonial Twin Theater in Pompton Lakes, New Jersey, videotaped a simple, little birthday greeting to their friend and former colleague, Glenn. Little did they know, nearly twenty years after it was made, that same video would resurface as a reality series! Witness their hilarious hijinks, their madcap antics, and the events that unfold in this uniquely original, wacky and whimsical, once-in-a-lifetime reality series, throughout which, the crew attempts to achieve their ultimate goal: A birthday greeting to Glenn, from the neighborhood cross-dresser, Roger!