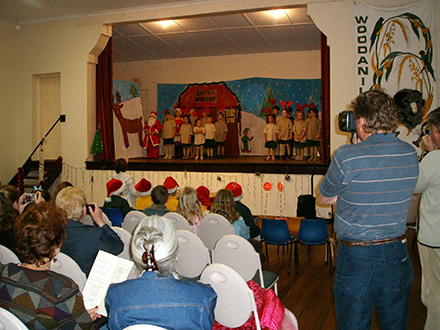 The old hall is still visible behind the added façade, still later the Shire Offices(Shire of Woodanilling) were added next door, entailing a further modernising of the façade. Films are no longer screened there.

The Woodanilling Town Hall was opened in 1911 and provides a large area for functions, with a timber floor suitable for dancing, a stage and fully functional kitchen. The Hall is heated via gas wall heaters, and has ceiling fans for warmer weather. The hall is suitable for access by persons with disabilities.