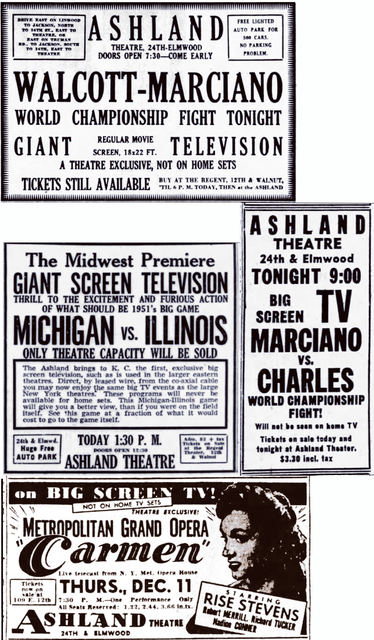 In the early 1950s, a group called TNT signed up mostly struggling movie theaters with large capacity to go with a pre-Fathom era concept of presenting live closes circuit events which included college football, live opera from the Met, and championship boxing matches not available on home TVs. Here’s some events from the Ashland. Unfortunately, it didn’t save the Ashland and it became a church in 1955.