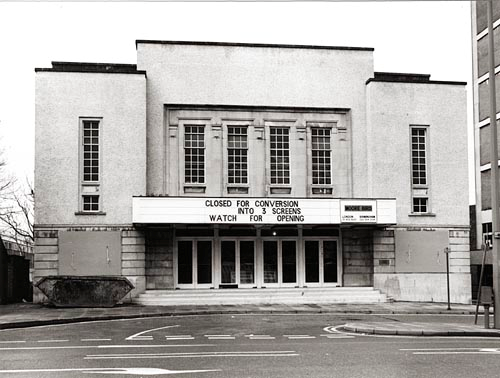 Embassy cinema (1979) closed for conversion, Crawley. Looking west towards the front of the cinema, an art deco style building which opened in 1938. Sign above the entrance doors reads ‘Closed for conversion into 3 screens. Watch for opening’. The cinema closed on 15th December 1979 to be converted from one to three screens, and reopened three months later.