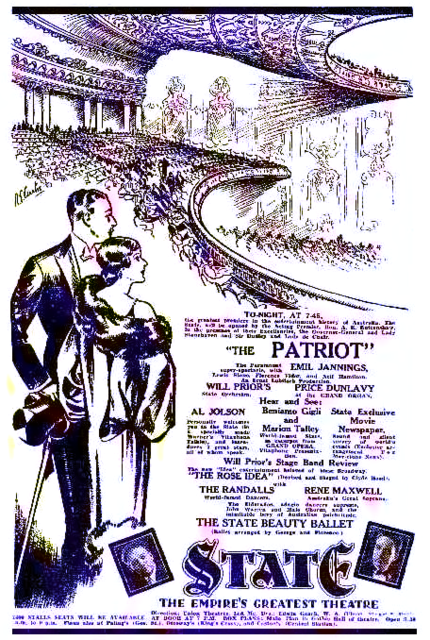 Paramount’s “The Patriot” was produced ‘silent’, but released with ‘sound synchronization’. For its season at the State, music was provided by a live orchestra at De-Luxe sessions (2.15 & 8), with the soundtrack used to supply only sound effects and mob cries. The supporting program, however, had ‘talkie’ elements - including a special Al Jolson Vitaphone welcome to the audience, wishing the State every success.