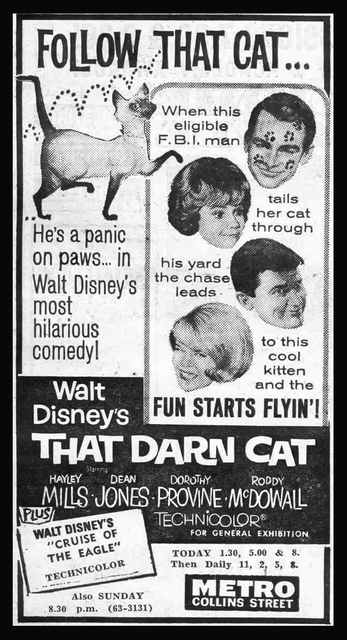 That Darn Cat! (simply known as That Darn Cat! Cat Operation) is a 1965 American thriller comedy film directed by Robert Stevenson and starring Hayley Mills and Dean Jones in a story about bank robbers, a kidnapping and a mischievous cat produced by Walt Disney Productions. The film was based on the 1963 novel Undercover Cat by Gordon and Mildred Gordon. The title song was written by the Sherman Brothers and sung by Bobby Darin. The 1997 remake includes a cameo appearance by Dean Jones.

That Darn Cat! was both Hayley Mills' final film in the series of six for the Walt Disney Studios, and Dean Jones' first film for Disney.