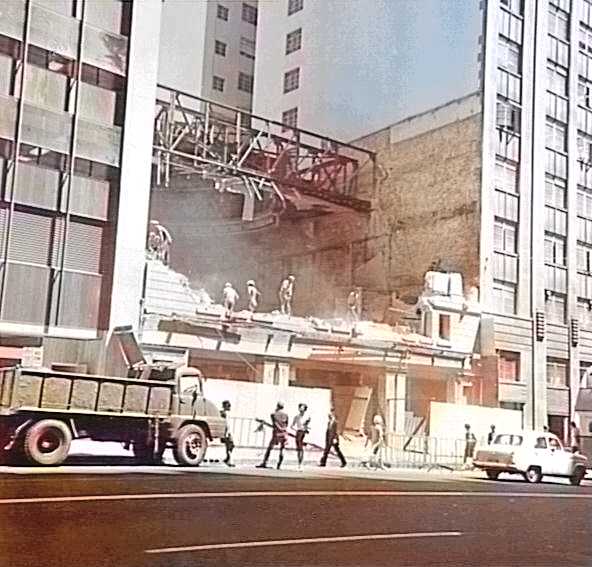 The Prince Edward closed 4th December 1965, and demolition began immediately. This colorized view of work at the Elizabeth Street (projection end) frontage was taken 1st February 1966. The office block built in its stead has itself been replaced now by an even larger skyscraper. Demolition of the Prince Edward Theatre (01/02/1966), [A-00008230]. City of Sydney Archives, https://archives.cityofsydney.nsw.gov.au/nodes/view/568875