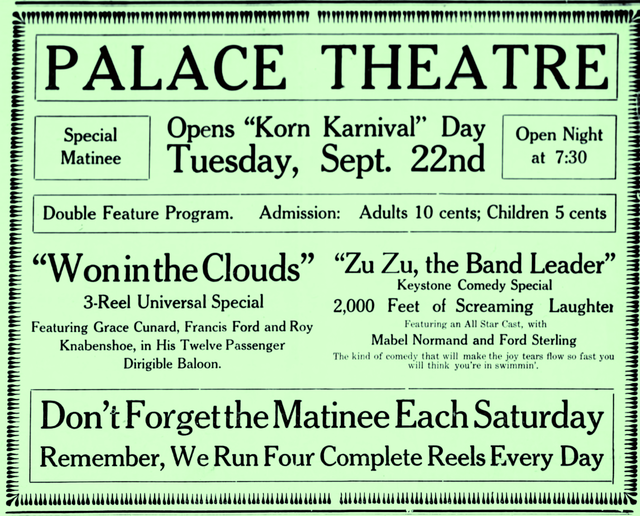 Mr. and Mrs. John Atchison opened the Palace Theatre on September 22, 1914 with James Vincent and Alice Hollister in Kalem Production’s “The Lost Diamond” when the scheduled film, “Won in the Clouds” didn’t arrive in time. It was supported by a two-reel comedy, “Zuza, The Band Leader” with Mabel Normand.