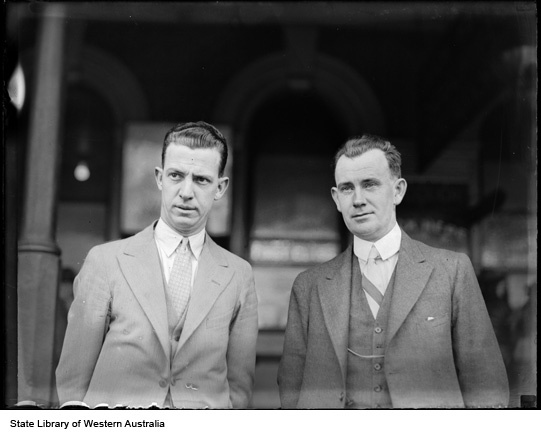 Talkies for the suburbs

Caption: . Mr Borthwick, chief installation engineer, and Mr Waghorn, chief projectionist who have arrived to install “Raycophone” the only Australian 100 per cent reproducing sound invention. The first suburban theatres to be wired will be the New Oxford Theatre at Leederville, and the Premier Theatre at East Perth. Part of the beginning of the talkies in WA.

Raycophone was perfected by Mr. Ray Allsop, a young Sydney engineer, who came into prominence originally as research engineer for 2BL broadcasting station in Sydney. By June 1937 Raycophone sound-projection systems were installed in 345 theatres.