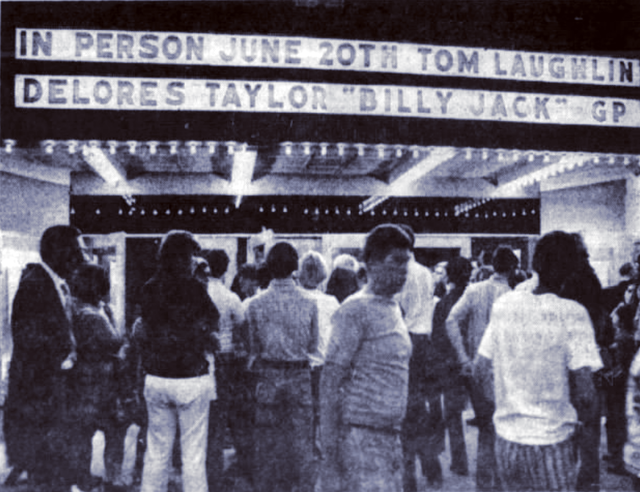 Cinema East’s most popular film by far was “Billy Jack.” So popular was “Billy Jack” at Cinema East that it played over a year. During its 60-week run, star Tom Laughlin and his wife, actress Dolores Taylor, made a personal appearance.