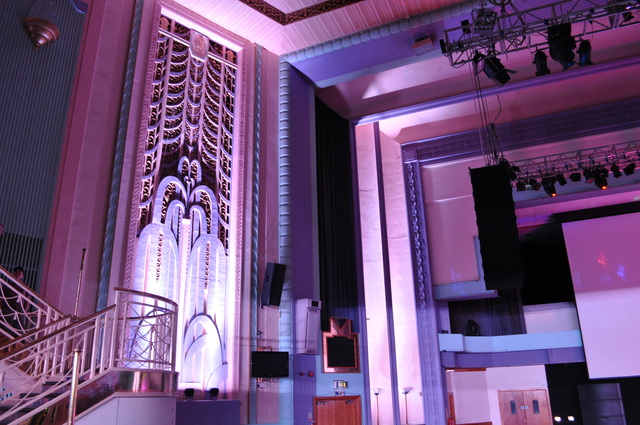 Curtains – what are they?

Most modern multiplexes do not have them but the Troxy , as a Rank cinema, had several sets and one would have thought that there would be at least one set now that it serves as a multi purpose venue. However, the stage has been levelled and the behind proscenium area meddled with so that may be at least part of the reason for the lack of drapery.

The Wurlitzer from the Trocadero, Elephant & Castle has now been installed which is good news but it would be even better if more traditional features were reinstated such as the stage – and the CURTAINS……….