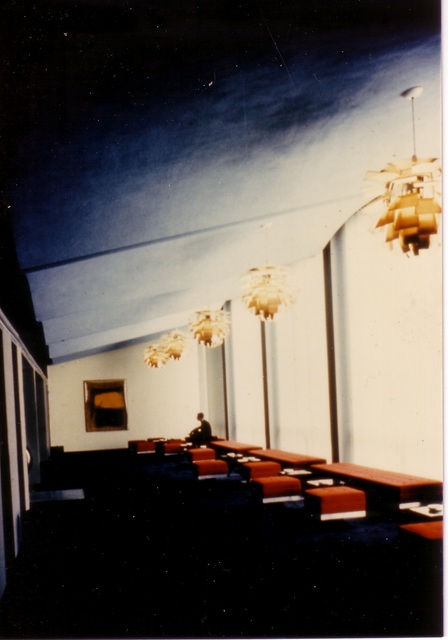 Early 1972. I was 17. I remember how nervous I was, pacing around this lobby, as I was soon about to be let in to see my first X-rated movie, “A Clockwork Orange”.

Originally, the screen surrounds in both Cinema I and Cinema II were white, similar to General Cinema theatres of the era. Cinema I was lit red, Cinema II was lit blue. Prior to the opening of Clockwork Orange, Stanley Kubrick came in to look the place over and DEMANDED the screen surrounds be painted black, or he would open his film elsewhere. Rugoff ordered them painted. In Cinema II it is still black.