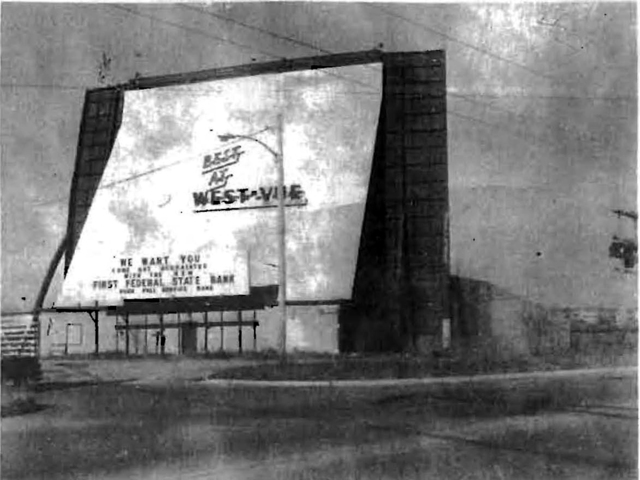 The “Best At West-Vue” signage on the back of the screen had a neon-tube poodle and a seal on on a circus teeter-totter or something like that. By 1973, the characters appear to have been removed, but a friend pointed out that if you look closely at this 1973 Urbandale News photo, there’s a circle - that was the ball the seal was balancing. Probably the display was broken and removed by 1973, but I remember it too.