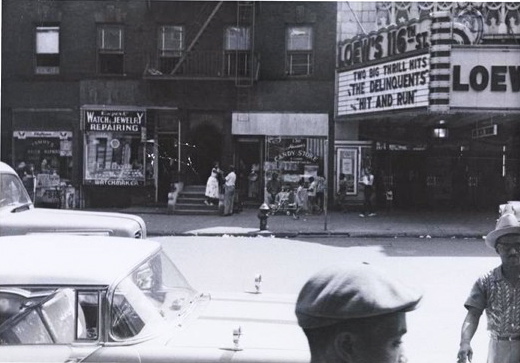 The 2 pictures on the marquee date this photo. “Hit and Run” dates from 1957 and starred Vince Edwards (aka Dr. Ben Casey). Also in the picture was Julie Mitchum, Robert’s sister. She introduced her younger brother to acting by getting him onstage at the Long Beach Playhouse. “Delinquents” is also from 1957. This picture, budgeted at $65,000 grossed over $1,000,000. Shot on location in Kansas City, Mo. (I wonder if the Loew’s Midland appears somewhere in this picture), it was directed by Robert Altman.