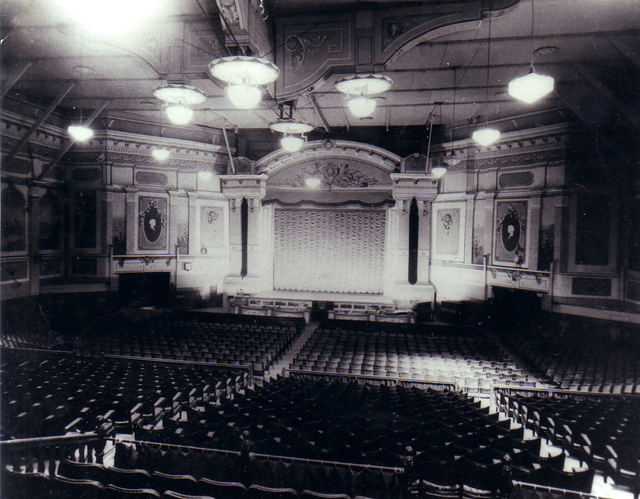 This vast auditorium had a small fly tower stage, the exterior of which can still be seen from Rosina Street, off Hindley Street. As the depression eased the theatre was advertised as being about to be converted to ‘The State’, a new Eberson designed atmospheric theatre similar to the Sydney Capitol, the Melbourne State, Perth’s Ambassadors and the Goulburn Empire. This did not eventuate, though very early advertisements for the rebuilt theatre (in the Art Moderne style) still called it the State. It reopened, however, as the Wests Theatre and remained so until it was twinned as the Hindley Cinemas 1 and 2.