View from the stage of J. Knight Barnett playing the organ. 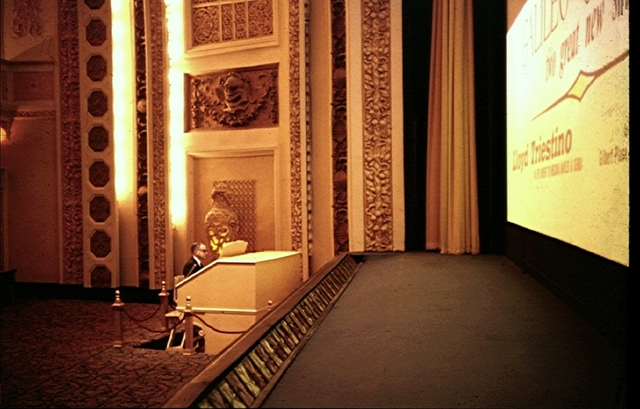 The Regent had a full fly tower stage and dressing rooms. Quite elaborate stage shows with many banks of curtains and scenery were featured over the years. The screen and speakers could be flown. In pre CinemaScope days the round cornered screen was much further into the stage depths and ‘floated’ in front of black curtains without having any attached masking. A gold framed screen for advertisements and coming attraction slides was lowered in front of the main act drop during interval. All of the Regents, except for Sydney (and Melbourne for a short time) had the CinemaScope screen near the front of their very wide stages, and this was more than adequate for the enjoyment of wide screen films.