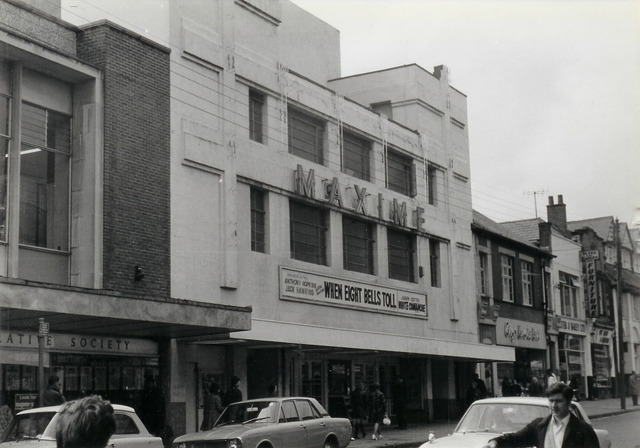 A view of the Maxime facade prior to conversion to a bingo club in the stalls and twin studio cinemas in the former balcony.

As is common with the Jackson Withers circuit the facade includes a neon sign and you can also see the strips of neon here decorating the cinema above the Maxime sign and to each side of the sign.

At the time this photograph was taken the neon sign Maxime sign was yellow with the neon stripes above and to the sign being red, yellow and blue. The sign could bee seen across the valleys at night.

Needless to say, the neon is no longer in place, it was removed when the cinemas closed and the venue was called Top Rank Bingo.