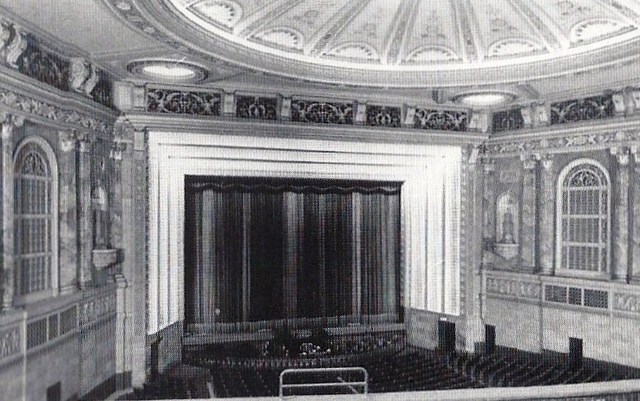 This is an early photo. The auditorium lighting is indirect using wall recesses, coves and domes. When I frequented the Gaumont, as it was in the 1950s/early 60s, a large chandelier hung from the centre of the large dome, with subsidiary ones in the the smaller domes. The cove-lights in the domes were gone. There were still the three coves of light bulbs (a colossal number in total) in the proscenium frames. The curtains/tabs were deep red with three horizontal bands of gold towards the bottom. We sat in the (cheap) front stalls. When the curtains parted a Niagara of cold air rolled down off the stage into the front stalls area.