The Mayfair Theatre, formerly The Grand, latterly The Sturt. 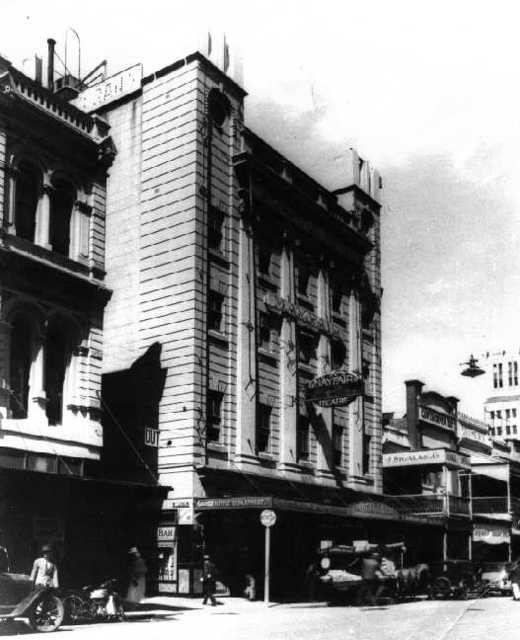 This building is still standing in Rundle Mall, Adelaide’s main retail and formerly theatre precinct. It was built by Alfred Drake as a silent picture theatre combined with a hotel building. He had a small theatre organ installed, played by the later famous Horace Weber. When sound came, there was an art deco makeover and the theatre was renamed the Mayfair. It was quite attractive and was comfortable, but was always regarded as a second rate theatre because the big attractions were shown elsewhere. It wasn’t air-conditioned, relying on fans and ceiling vents. With the advent of wide screens it was completely modernized and air-conditioned as the Sturt. I didn’t like the minimalist approach to the decoration of the theatre, though it was effective as a film viewing venue. It was in fact an early example of the atmosphere deficient mini cinemas of the present multiplex era.