Side view of the auditorium. 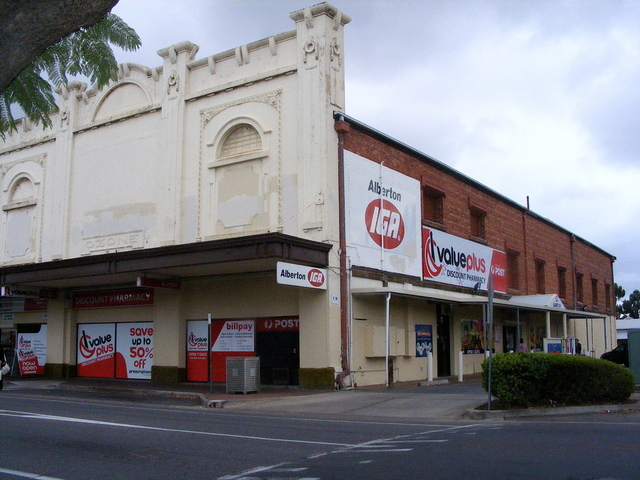 The Ozone was a large theatre with extensive additions on the railway side of the building. Alberton and Albert Park were named for the consort of Queen Victoria. The larger (faint) rectangle in the cement render above the OZONE name over the marquee indicates that there was almost certainly a bowed extension of the projection room, with windows, protruding from the frontage there. They were found in several South Australian suburban and country cinemas. One such still survives at the Norwood Star.