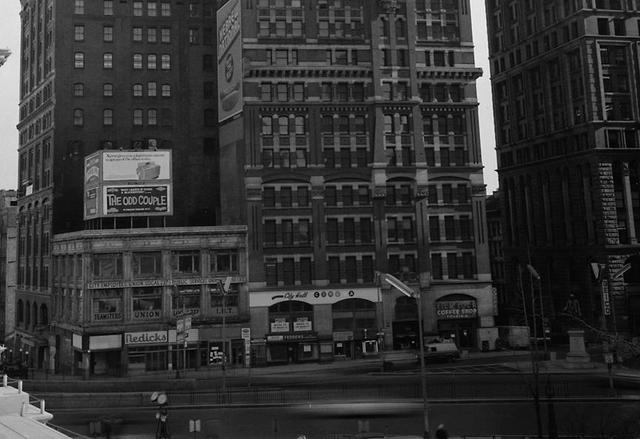 A view of the Tribune building from March 1966. There’s signs in just about all the business windows advising of relocation and just 9 months later a piece of history would be demolished. The Marquis for the Tribune Theater from the first posting was in-between Nedicks and Fedders. Notice the sign over Fedders now calling it the City Hall Cinema.