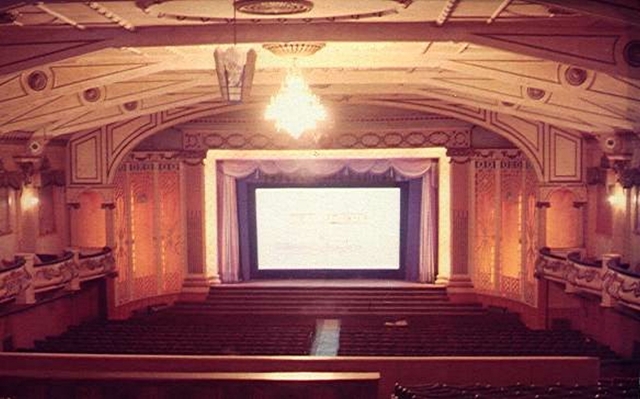 The most pleasing of the Kaberry and Chard designed Star theatres in Adelaide, the Capitol replaced an open air cinema behind the Maid and Magpie hotel which ran between Payneham and Magill Roads. They each had tramways which diverged in front of the hotel and brought patrons to the theatres from a much wider catchment than the immediate area. An almost invariable part of the K&C plan was the provision of boxes along the side walls with leather padded parapets, and tie rods to anchor the roof. In Star theatres, these were always covered with decorated plaster work, giving a much more finished and aesthetic look as compared with many of their theatres elsewhere. The three crystal chandeliers were the most magnificent of all those in Star theatres. Two of them can be seen. The abomination nearest the camera replaced one removed and installed in the foyer of Wests Theatre in the city, not long before the Capitol was closed..