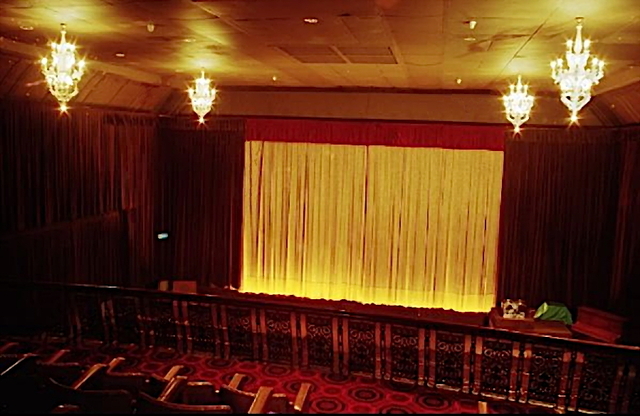 Adelaide’s inner southern suburb Unley had two purpose built cinemas, one the palatial Star and a former Star, remodelled into a beautiful modern Ozone, a few doors from each other. Almost opposite was the Unley Town Hall. When the two theatres were demolished for a shopping centre, cinema enthusiasts Allan Hall and friends created the Oxford Cinema from a very run down hall into a fine movie theatre. Its entrance was in Oxford Street just off Unley Road. These pictures were taken from a video that Allan made about the progress of the refurbishment and the hard work incurred by the cinema buffs.