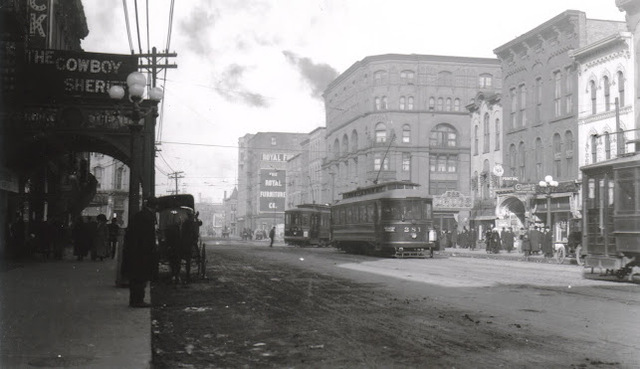 Camera facing north up Monroe (formerly Canal) from just south of the intersection of Monroe NW and Michigan NW. The theatre is on the left. The Hermitage Hotel is behind the streetcars on the NW corner of Monroe and Michigan.

It later became the site of The Hub, an art deco clothing store. The entire area was demolished in the 1960s urban renewal. The Hall of Justice and the Grand Rapids Police Department occupied the site until 2003 when it was demolished for DeVos Place Convention Center.