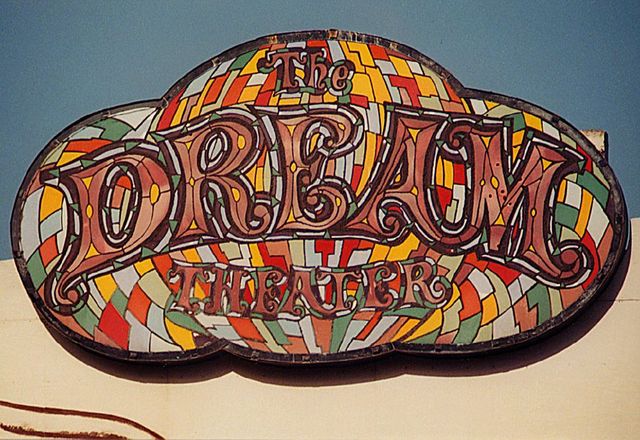 Now on display at Museum of Monterey, the Dream sign like the interior of the theater was design ideas by John Harris and Alan Weber. Mr Weber was the architect and contractor. The builders were master craftsmen from the Monterey area. Boat builders, carving and wood masters. The crew lived in the building for the year of construction from 1973 to 1974 when the theater opened. The theater operated under Mr Harris and Mr Weber through 1992 when it was sold to Bay area theater operators. It was demolished in 2001.