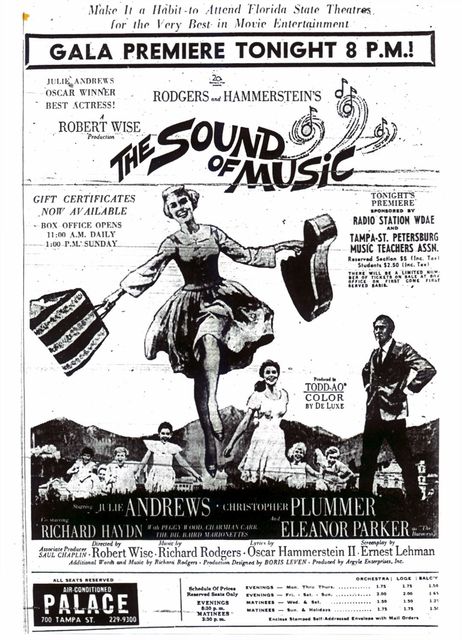 Tampa Tribune/April 1965. Standard ad for a new family musical film. Who could have foreseen at the time that it would become a huge worldwide blockbuster with a one-year-five-month run at the Palace. Presented in 70mm for the first few weeks and later in 35mm for the duration of the long run.